SAN DIEGO – January 05, 2012 – Qualcomm Incorporated (NASDAQ: QCOM) today announced that Qualcomm Innovation Center, Inc. (QuIC), a wholly owned subsidiary of Qualcomm Incorporated, is expected to launch the Snapdragon GameCommand™ application to the Android Market on January 10, 2012, the opening day of the Consumer Electronics Show (CES). At its heart, Snapdragon GameCommand will give mobile users a way to quickly discover, organize and access the latest Snapdragon optimized, featured and exclusive games. It will also provide feeds from top gaming news sites to help consumers stay up to date with the latest gaming news.

Snapdragon GameCommand will enable users to easily access and play many of the over 100 Snapdragon™ GamePack featured games on a wide range of mobile phones and tablets. The Snapdragon GamePack includes several titles exclusively available on Snapdragon devices running on Android for a limited time, including “Fight Game Heroes” from Khaeon Gamestudio. “Fight Game Heroes” features head-to-head battles with real MMA fighters, including multiple combat champion and UFC fighter Alistair “The Reem” Overeem. Visitors to CES will have the chance to meet the 6′-5″, 265-pound Overeem in-person and watch as he takes on Qualcomm executives in live rounds of “Fight Game Heroes” at the Qualcomm Booth in the LVCC South Hall, Upper Level, Booth #30313.

Other exclusive games that are accessible to consumers with Snapdragon GameCommand include titles such as “Bunny Maze 3D” from Eyelead Software and “Desert Winds™” from Southend Interactive. In “Bunny Maze 3D”, players help the adventurous Bunny get back his stolen carrots, in a cheerful journey through a magical world. In the “Desert Winds” mini-game players take on the persona of princess Amira as she battles gruesome creatures of the desert to save her people.

“With mobile gaming proliferating at a blistering pace, apps like Snapdragon GameCommand make it easy for consumers to discover and access the most advanced Snapdragon optimized games,” says Dave Durnil, director of advanced gaming at Qualcomm. “With exclusive and highly-anticipated games like ‘Fight Game Heroes’ and ‘The Reem’ Snapdragon mobile gaming is really starting to heat up.”

Follow me
Latest posts by Sky Yee (see all) 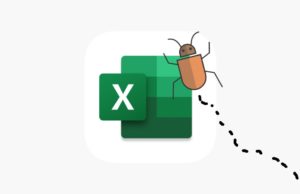